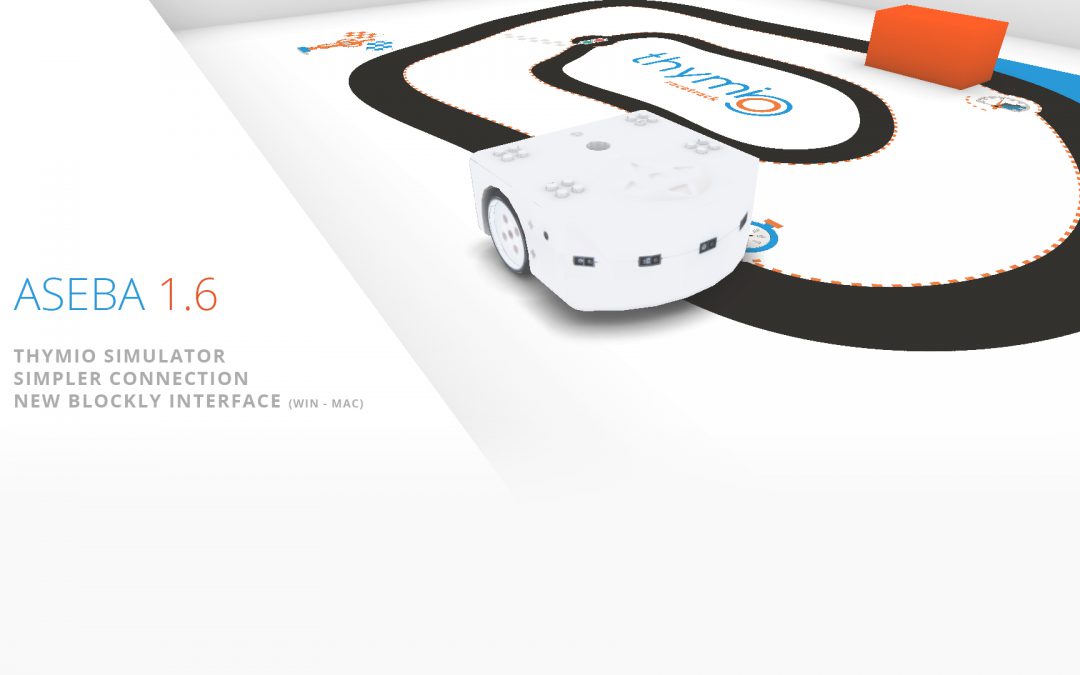 You want to program with Aseba and you don’t want to get your Thymio robot out of its box? Building on the Enki simulator by Stéphane Magnenat and colleagues, you can now program a simulated version of the Thymio robot wherever you want!

The new connection interface discovers automatically the robots you connect to your computer. It also detects when a simulated robot is available and can even detect a robot over a network to set up a collaborative task like R2T2.

This new tool allows you to connect a robot to a web interface, like Blockly or ScratchX.

Blockly was moved outside Aseba Studio (except for Linux). It is now directly launched in your browser. Do not be afraid, it is installed locally, you do not need an internet connection.
Assemble visual blocks that have the power of text programming and use Wireless Thymio at 100% of its capabilities without writing a single line of code!

Challenge yourself to program your Thymio robot with the new ScratchX Extension to avoid obstacles, follow a line, avoid falling off a table and much more. You can also use Thymio as a controller and program a game on Scratch!

Fixed the disconnection issue on Windows 10

It is now possible to unplug and plug in your robot without having to restart the programming interfaces.

Make sure to upgrade your Thymio to Firmware 11

Download it using “Thymio Firmware Upgrader” to ensure compatibility with the new functionalities.